We landed in Bangkok with only 45 minutes to get our bags, go through immigration, get some baht and find the bus to the cambodian border. In a bit of a flap, we made it...only to have to wait half an hour more for the bus. Aboard the bus something very strange happened: Kat fell straight to sleep (after already having a solid 2 hour snooze on the plane) and Imy failed to get a wink of sleep in the 24 hours that we had been travelling. My, my, my how the tables have turned.


We'd heard from numerous sources that the border crossing is a bit of a nightmare due to a big transport scam and immigration officers charging extortionate fees, so cautiously made our way over. For once, New Year festivities worked in our favour as it seemed that the scammers were taking a break from their day jobs, and we were able to find a driver who took us and a French couple straight to Siem Reap for very little money. Kat and Imy 1, scammers 0.

Siem Reap and the temples of Angkor:

When we finally arrived we found that the guesthouse we wanted to stay at was full, so the man next door took us in for half the price and a lovely clean room. Result! After arranging a tuk tuk to take us around the temples the next day, filling our bellies with Big Mama noodles (Big Mama did good) and a quick foot massage for Imy, we headed to bed astonished that nothing had gone wrong!

At 5.30am we woke up our tuk tuk driver, who was asleep on a bench, and headed to Angkor Wat, racing against the rapidly rising sun. We got there just in time to watch the sun rise behind Angkor Wat. The group of Chinese people applauding the sunrise really made the moment. We wandered around and marvelled at the beauty of the place before stumblng upon a preggo monkey!! Out of the eight temples that we bashed, our top three were the three bigguns: Angkor Wat, Ta Phrom and Bayon, but we also really enjoyed some of the smaller, quieter ones. We didn't want to overdo it, so after a solid eight hours of exploration we made our way back to Siem Reap.

Feeling adventurous, we tucked into a feast of barbecued crocodile, snake and frog's legs. Imy triumphed and managed to swallow the lot. Kat didn't do quite so well, she managed the croc and frog but dramatically gagged on the snake before spitting it back onto the plate. By the time we had finished, our plates were like reptilian graveyards and we were glad that we had got the cultural experience over with early on. That night we had a bit of a mad one, hitting up Angkor What(?!) with a couple from Scunthorpe and a gaggle of Chinese! The night ended with us being pelted with water and talcum powder to celebrate Songkran (Thai New Year).


The next day isn't worth commenting on, but our movie knowledge increased ten fold.

We mucked up bus tickets a bit so ended up spending another day in Siem Reap and decided to make the most of it by hitting up the culture scene. We went on a lovely walk along the river, which took us to the National Angkor Museum. We were both buzzing for the history on offer, only to have our dreams shattered at the $12 entry fee! Needless to say we turned around and walked back to town, as we'd already spent our week's budget in 3 days. On the walk back, a croc shop caught our attention and on closer inspection it transpired that Angelina Jolie had been there only a few months before - she bought a $2000 Mulberry lookalike.

That evening we got the night bus to Sihanoukville and yet again Kat fell straight to sleep, leaving Imy to enjoy the noises coming from the couple to our right, while she clung on for dear life. We arrived at around 5.30am and demanded that the tuk tuk driver took us to Monkey Republic hostel, despite his warning that "it had got too hot'' and we shouldn't go there. Reluctantly, he took us, only for us to realise on arrival that by ''too hot'' he meant ''it had burnt to ashes''. We let him take us to another hostel, which was hooker-central, so ended up across the road at a pay-by-the-night establishment, rather than a pay-by-the-hour.

After a quick nap we were absolutely on it, in two hours we sorted out our Vietnamese visa, booked Imy's PADI and ate a burger, before heading to Otres 1 for a day on the beach. It turns out, we should have gone to Otres 2 because the beach of Otres 1 was derived more from used syringes, empty bottles and dead animals than sand. Imy bought a bracelet off a little boy, thinking she'd done a good deed, only to get shouted at by some radgey banshee because she had supposedly promised to by it off her...it was actually Kat that had pinky promised. She told Imy that she would get what's coming to her and that she was now her enemy.


There was a massive swing though, which looked easy to master but in reality we just flailed about like drunk seals. We ate loads of food and went to bed early, as we were heading off to Koh Rong the next morning so Imy could start her PADI and Kat could sit doing nothing on the beach. 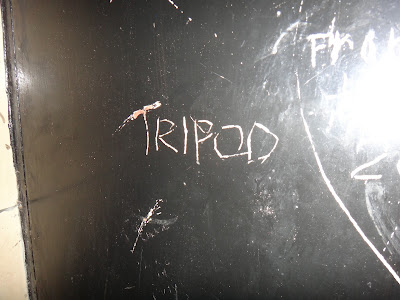